Since implementing Rerstaurant365, Kona Grill management has seen a 1.5% reduction in Cost of Goods Sold per store resulting in an overall gain in profits of $15,833 per store. Kona Grill restaurants offer freshly prepared food, personalized service, and contemporary ambiance that creates an exceptional, yet affordable, dining experience. Kona Grill restaurants serve a diverse selection of mainstream American dishes as well as a variety of appetizers and entrees with an international influence. They also pride themselves on being the only national sushi chain that can serve sushi for almost any occasion which, in turn, makes up 22% of the chain sales. The first Kona Grill opened in Scottsdale, AZ in 1998. Since then they have expanded to over forty locations in twenty three states. Additional locations are currently in the works in the coming years. Kona Grill first implemented Compeat Advantage (now R365) in 2007.

Prior to using Compeat, Kona Grill managed their inventory valuation costs with an Excel spreadsheet template they created. However, this approach led to many factors that impeded their success in keeping an up to date perpetual inventory. Primarily, it was extremely difficult and time consuming to pinpoint inventory problems from an operational standpoint.

Without a recipe module tied to inventory, and an interface with their Aloha POS to these recipe files, there was no way to isolate inventory usage variances or variances between the expected and actual cost of goods sold. As a result, the managers created their own variance reports to track inventory, but all this accomplished was to create inconsistencies between the various restaurants. As one can quickly imagine, the consequences of using this form of inventory tracking were many, including an inability to monitor portioning, track waste, and identify shrinkage.

“With Compeat (now R365), we have complete visibility of theoretical quantities of inventory on-hand and inventory used.”

In 2007, Kona Grill decided to replace their Excel spreadsheets with the Compeat Advantage. Starting with the Chandler, AZ location they began to roll out two stores per month and finished the implementation of 19 stores in July 2008 and have continued to expand since then. Compeat was integrated with the Aloha POS systems in each restaurant.

Kona Grill management was able to determine where the inventory issues are and hold their staff accountable. They were also able to identify, explore, and resolve variances in their recipes. Michelle Caraig, Cost of Goods Accountant for Kona Grill, stated, “With Compeat we have complete visibility of theoretical quantities of inventory on-hand and inventory used.”

Kona Grill managers are now able to directly compare theoretical (perpetual) inventory quantities to actual counts and identify exactly where variances are occurring. “Through the use of Hot Counts and Inventory Count Variance Reports we now have excellent control of our inventory,” Caraig says. Financially, they saw a remarkable improvement in their bottom line. When compared to the prior year, one store achieved a 4.2% reduction in cost of goods sold. And, Kona Grill recognized an average 1.5% reduction in cost of goods sold per store resulting in an overall gain in profits of $15,833 per store!Operationally, managers are now able to directly see problems and take the necessary steps to fix these problems. This frees up more time for them to concentrate on other day-to-day issues that every manager faces when running a restaurant. Managers can now focus more on business performance, staff preparedness, and keeping their customers satisfied.

Another reward comes from the ability to document and track purchases. The managers are now able to see if and when vendors overcharge them for certain items. As a result, managers have been able to receive a sizable amount of credits in return. The biggest reward, however, is the profit gain per store that has provided an average 3 month payback on their Compeat investment! Compeat Advantage provides Kona Grill with an end to end solution, giving them full control and management of their restaurant operations including POS Polling, Inventory Control, Food Cost and Menu Sales Analysis, Portioning Management, Daily Management and Sales Reporting, and a transparent and seamless integration to accounting. The Kona Grill concept is on track for rapid growth in the upcoming years and Compeat is set to open in harmony with each new Kona Grill location. “Compeat is now part of our recipe for success,” states Mark Robinow, CFO of Kona Grill. 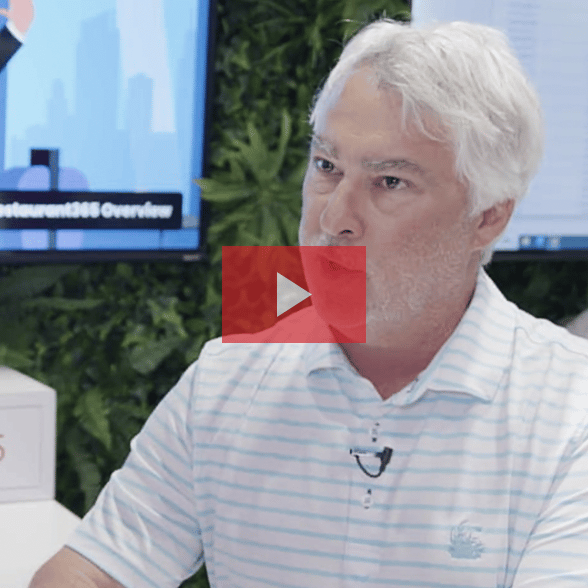