How the pandemic altered the restaurant industry forever 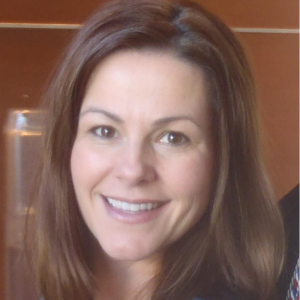 Chefs and restaurant owners are trying to figure out why it all feels so different. It’s because we’ve changed.

Pandemic restaurant-going was like a series of twists on the old Yogi Berra quip about how nobody goes there anymore because it’s too crowded. First, restaurants stood cavernously empty by mandate as we pined for them. Then we got scared to be cheek-to-jowl with fellow customers. As patrons surged back, a dearth of workers kept things off-balance. And as the worker shortage eased, inflation thwarted many diners from pre-pandemic levels of patronage.

Looking around your favorite restaurant, assuming it’s still open, it feels different, right? The ebb and flow of service, how and when and what people order — the pandemic has meant seismic shifts for an industry defined by its resilience and adaptability, developments that will probably alter the dining landscape permanently.

It’s changed because we, The Diners, have changed. Here’s how.

Restaurants are still seeing 16 percent fewer people dining on-premises compared to before the pandemic. Off-premises dining, however, has picked up precisely that much, according to the National Restaurant Association. But how that breaks down is telling: Delivery is up more than 5 percent while carryout is down 3. The big winner? Drive-through, up 13 percent.

At this moment, 39 percent of all restaurant traffic is bumper to bumper in a drive-through lane, said Hudson Riehle, an economist for the National Restaurant Association.

“Operationally, many restaurants function differently than they did three years ago, with a greater reliance on technology integration and on the off-premises market,” he said.

What does this mean?

The restaurant industry has been bifurcated between two types of places: ones that cater to the “hangry,” must-eat-now crowd and those who want to be nurtured and entertained.

“There’s a dichotomy in what consumers want. They want value and convenience but also crave an experience,” said David Henkes, a senior analyst at market research firm Technomic. “Quick-serve restaurants are betting a lot of money that those changes are permanent.”

He points to Taco Bell’s Defy, a concept that debuted in a Minneapolis suburb in June, with four drive-through lanes, a kitchen on the second floor and orders — with lanes devoted solely to delivery drivers or orders placed via Taco Bell’s mobile app — delivered downward via space-age-looking tubes to customers’ cars in about two minutes from order time. There’s no dining room.

McDonald’s is doing the same this month, debuting a prototype restaurant design in Fort Worth for to-go and delivery orders. Last year, the fast-food chain added its own delivery service, and while delivery is in many cases nearly twice the price of buying it at the drive-through, customers remain enthusiastic.

It’s a quest for speed and efficiency, something virtual-only restaurants and kitchens promised at the beginning of the pandemic and have been a mixed bag at delivering. Many so-called “ghost” kitchens learned the hard way that the visibility and street cred associated with brick-and-mortar operations is invaluable.

“The dine-in business is going to be radically smaller than it was, with much more focus on takeout orders, a huge shift in the basis of competition to be all about technology and convenience,” Henkes said.

Accelerated by the pandemic, restaurants’ digital strategy has become key. The restaurant industry saw an 18 percent increase in eateries offering direct online ordering this year, according to BentoBox, a restaurant website company. This comes even as third-party delivery companies hold their own: Grubhub sales remained flat for the first half of this year, while DoorDash reported better-than-expected sales for the third quarter.

This digital dining pivot has also prioritized delivery app menus and mobile app-based loyalty programs. McDonald’s, which launched its loyalty program about a year ago, had 25 million members as of Sept. 30 who had been active on its app in the previous 90 days.

“I was talking to a client while he was trying to order food on his phone and he was getting frustrated. I said, ‘Why don’t you call?’ and he said, ‘I shouldn’t have to talk to a person.’ Customers have come to expect digital ordering,” said Tony Smith, co-founder of Restaurant365, a restaurant management system.

But a basic on-demand food delivery app costs between $30,000 and $50,000 to develop, according to software development company TekRevol. For big corporate restaurants, that cost can be amortized across units, or even passed along to franchisees.

For many independent restaurants, this may be prohibitively expensive, shutting them out of this increasingly essential tool.

“We are going to see a hollowing-out in the restaurant world,” said Laurie Thomas, owner of two restaurants in San Francisco and executive director of the Golden Gate Restaurant Association.

“We will end up with the super expensive, bespoke opportunities that you’re paying through the nose for, and then you’re going to have the fast casual restaurants. The middle restaurants will be much fewer. It won’t be an economically viable part of the industry going forward,” she said.

Independent restaurants may suffer most, but some restaurant groups that may have difficulty with culture change are in the category of sit-down family dining like the name-brand stalwarts you might find circling a suburban mall that are less about “an experience or uniqueness.”

The last big revolution in the restaurant industry was during the Great Recession between 2007 and 2009. Food trucks proliferated, fine-dining chefs threw in their crisp white coats and started crafting elevated casual fare, bringing their exacting eyes to deli sandwiches and diner food. Fast casual thrived while supply outstripped demand for highfalutin, multicourse prix-fixers.

Some of the culinary changes — often described as the “casualization” of the industry — wrought by those difficult times persist today, but it’s clear that the pandemic pushed things even further.

Whether or not the economy heads into a recession next year, diners are skittish and extra price-conscious. Restaurant transactions dropped almost 7 percent in the third quarter of this year, according to Rabobank research, a slightly worse drop than in the second quarter, experts attributing the slide to inflation in menu prices and consumers feeling squeezed.

“We’ve been steadily revising our forecast downward every time we’ve looked at the industry, particularly the real number of volume growth,” said Henkes. Because restaurants have increased their prices, the top-line number looks pretty good, he said, “but underlying that is a softness developing in the fall — inflation coupled with a high level of uncertainty has begun putting a damper in restaurant traffic.”

Consumers feel constrained, but restaurateurs are extra pinched: According to government data, prices for food consumed at home rose 12 percent over the past 12 months, while food consumed away from home rose 8.5 percent in the same time. This means restaurant owners are eating some of that increase in food costs and not passing it along to customers to stay competitive.

One way restaurants cope with uncertainty is to scale back offerings and streamline menus, focusing more on foods that have a longer shelf life, a higher profit margin or that require less labor to prepare. (Restaurant labor costs are up 9.8 percent this year, and were up 9 percent last year, according to the National Restaurant Association.) Menus became exercises in brevity in the thick of the pandemic, and while they are no longer haiku, they remain pared down.

Because chefs and owners whittled entrees from 10 options to, say, six, and they have to cover the most popular categories like chicken, beef, salmon, shrimp and something vegetarian, range has suffered and more creative fare has gotten short shrift.

Adding to that winnowing of choice, Smith said, is the decimation of small independent restaurateurs’ nest eggs during the pandemic. They aren’t as insulated against potential future economic hardship. He predicts struggles and maybe closures for some small international restaurants and restaurants that focus on regional cuisines, a future that may diminish the whole array of food options in a town. 8 Tips to Prepare Your Restaurant for Super Bowl Sunday