Skip to content
Welcome to our new website! Take a tour to learn about all of the great resources available to you.
Menu 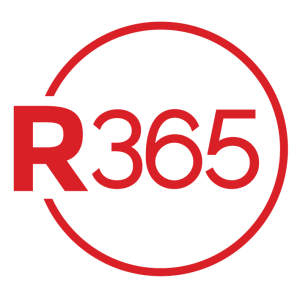 This article was written by Mark C. Pena for Forbes.

As some restaurants consider shutting down due to staffing shortages, the social experience of going out to eat may become harder to come by.

Despite fears of a slowing economy driven by rising inflation and interest rates, the War for Talent still rages in the U.S. There are more than 11 million unfilled jobs across a range of industries. That means competition for people interested in working remains near all-time highs.

That puts the onus on employers to find ways to make themselves attractive to job seekers.

One industry that is particularly struggling to stay staffed is the restaurant business. Hit hard by the pandemic shutdowns, restaurants are trying to move past delivery and to-go orders and get back in in-house dining again. You know, providing that sense of “normal” of just going out to eat that we’ve all missed over the past few years. To do that, they’ve got to staff up. According to recent data from Restaurant365, in the past year alone restaurants increased their hiring by 1,141% over prior years.

But there’s a catch: restaurants are struggling to retain many of those new employees they’re hiring—which means they’re still looking at an uphill battle to remain open.

“Restaurants are not evolving to meet the needs of current and future employees,” says Tony Smith, CEO of Restaurant365. “Retention starts by changing the narrative about restaurant jobs. Employees want a career, not a job. And restaurateurs need to provide that opportunity.”

The good news, says Smith, is that there are actions restaurants can take to flip the script and evolve in ways where they can become employers of choice.

One of the biggest challenges in retaining restaurant employees is that many people think of these jobs as stepping stone jobs instead of careers.

“A common misconception is that all restaurant jobs are low pay, no benefits, you’re treated as a commodity, no future and that it’s a toxic workplace,” says Smith. “Because of this, restaurant turnover is always higher than most industries, often hovering around 70% annually.”

Today, as every employer struggles through the Great Resignation, restaurants are getting hit harder than ever, with turnover skyrocketing to as high as 140%.

Smith says that the first step to take in tackling turnover is to start telling a new story to current and prospective employees. The narrative needs to shift to show people that working there can actually provide an upward path for those employees interested in building a career in the food industry.

“Nine in ten restaurant managers started in entry-level positions,” says Smith, “so, it’s safe to say a restaurant’s next manager may come from its internal team.”

To help paint a better picture of how employees can grow their careers inside the restaurant, they should map out a career path and identify the critical skills an associate will need to move into new positions.

Smith recommends a few key steps to create that mind-shift that employees can pursue a career and not just a job:

Smith points to a case study of a customer, The Buona Companies, who own and operate two of Chicago’s most iconic food brands with 26 units (and growing) in the Greater Chicagoland Area. He says that over the past five years, they have developed an amazing “Hire to Retire” program that has helped reshape what it means to work at their restaurants. Not only have they given out pay increases, but they also offer tuition assistance, family discounts on meals and more time off—all benefits that employees might not always expect from a restaurant.

Beyond offering enhanced benefits, says Smith, restaurants also need to give their employees greater opportunities to grow their skills as a whole.

Learning on the job

“People don’t want to be stagnant,” says Smith. “They’re drawn to growth. And helping them develop themselves in ways unrelated to their specific work can go a long way.”

He says restaurants can direct their focus to three key elements to help drive this feeling in employees:

“People also need to feel the intrinsic value of satisfaction and enjoyment in their work, not just in their pay,” says Smith.

Developing an effective mentorship program is one great way to give employees—especially younger ones—advice and guidance in building up their careers. Another is to train them to develop certain skills or to invest in tools that make employees’ jobs easier, like inventory and scheduling software that can alleviate frustrating tasks in their day-to-day work.

“Some resistance in purchasing certain tools is the feeling that if you do, people won’t actually use it,” says Smith. “But the people who appreciate you investing in those tools and take advantage of them are the same ones with a growth mindset you really want to keep around your restaurant long term.”

A big change that’s occurring in the restaurant industry, partly because of its struggle to keep employees, is an increasing openness to using automation to help run the business.

“At this year’s National Restaurant Association show in Chicago, one of the hottest themes was robots and many were on full display,” says Smith. “From mixing drinks to flipping burgers to making pizzas to wheeling trays around to tables, they can do a number of tasks now.”

He also points to other changes that have already been rolled out over the past few years, such as how orders can now be placed via mobile app, a website, with a QR code at the table, a Kiosk in the entryway or even through Alexa.

“The pandemic sped up adoption of tech by multiple years,” says Smith. “And while the adoption rate on services like delivery and online ordering won’t advance as rapidly as we’ve just witnessed, it’s not going back to where we were pre-pandemic ever again. Years down the road delivery will continue to grow and one day, it’s likely to be a self-driving car with no driver.”

With that said, Smith says he’s not looking forward to a future filled with too much automation. “I’ll still crave the opportunity to go out and have a social experience,” he says. “That’s part of the beauty of the service restaurants provide to us all. Food is obviously a big part of the equation but being human together is another.”

The lesson: restaurants still have time to change and make themselves more attractive to job seekers before it’s too late and the robots completely take over. And nobody wants that.

What is the Average Profit Margin for a Restaurant?