Manually tracking inventory with spreadsheets and using QuickBooks for accounting was inefficient, and required too much time-consuming administrative work that lead to a loss of faith in the numbers and, ultimately, the entire process.

Since implementing the platform, Nick’s has trimmed at least 1% off of its food costs, saving at least $70,000 per year while giving managers the tools to effectively communicate with leadership so the entire team can focus on constantly improving. Founded in 1995, Nick’s Pizza & Pub is located in the northwest suburbs of Chicago. They are a purpose and values-driven company that honors the people and communities with whom they do business. With a strong company culture and secret recipe, Nick’s has become one of America’s most loved independent pizza restaurants.

By 2005 Nick’s Pizza & Pub had major cost control issues. They were manually tracking inventory via spreadsheets and using QuickBooks for accounting. The process was inefficient and required a lot of extra administrative work for the managers and accounting staff. Using spreadsheets caused managers to become frustrated, lose faith in their numbers, and, ultimately, the entire process.

Nick’s Pizza & Pub is one of America’s most loved independent pizza restaurants. With two locations in the northwest suburbs of Chicago, the secret pizza recipe that has been passed down through generations. It’s not only the talk of the locals, but also of visitors from far and wide. The secret for this company’s success is not just in the pizza sauce; Nick’s benefits from a strong company culture as well as from an end-to-end back office solution that helps them increase control and efficiency in their daily operations.

Prior to using Compeat (now R365), Nick’s Pizza & Pub had major cost control issues. Similar to other customers that have implemented Compeat, Nick’s manually tracked inventory via spreadsheets, and used QuickBooks for accounting. This process was inefficient and required a lot of extra administrative work for the managers and accounting staff. The tedious nature of using spreadsheets caused management frustration. They also lost faith in their numbers and the entire process.

In 2005, Nick’s Pizza & Pub decided to take control of their inventory and accounting by replacing their spreadsheets with Compeat Advantage (now R365). They immediately started polling their Aloha POS System to automate their Daily Sales Reporting, menu item sales tracking, and their sales posting to the general ledger.

Nick’s also began using Compeat to suggest inventory ordering and to validate what they received against what they ordered. Nick’s also built recipes in Compeat to generate theoretical food costs and inventory usages which were then compared against actual food costs and inventory usages. To complete their implementation of Compeat Advantage, Nick’s automated their accounts payable, general ledger, and profit and loss reporting.

Nick’s immediately benefited from Compeat Advantage’s integration with their Aloha POS due to the manual processes this integration eliminated. They are pleased with how easy it is to train their staff on the new software. Management is able to get a much clearer picture of daily operations and is therefore held accountable for their results. With Compeat, now ordering, receiving, transferring, and tracking inventory is as easy as a toss of a pizza.

Prior to Compeat, only one person could concurrently access QuickBooks to see information or run reports. After implementation, Nick’s is able to have multiple managers concurrently see information in real time. “With Compeat, I can ask any manager at any time to look at a P&L and pull out details of any category. I can obtain the information I need in a fast and efficient manner,” says Nick Sarillo, owner of Nick’s Pizza & Pub.

Nick’s management reports that Compeat Advantage provides them with real-time insight into their operations. Compeat Advantage saves them a significant amount of time in completing administrative tasks. This savings provides management more time to focus on customer satisfaction and employee retention. In an industry where a 200% employee turnover rate is average, Nick’s has managed to lose and replace only 20% of their staff every year. “It’s really nice to know where you’re at financially at anytime,” says George Magana, Controller of Nick’s.Since implementing Compeat, Nick’s has trimmed at least 1% off of their food costs. With their average $3.5 million per store volume, and 2 stores using Compeat, Compeat has saved Nick’s a minimum of $70,000 per year since first implementing in 2005!

“We can now trust each other and trust the system thanks to Compeat (now R365).”

Nick’s also has a very supportive management team that takes accountability for everything they report. “Credibility in numbers is very important,” says Nick Sarillo, “We can now trust each other and trust the system thanks to Compeat!”

Nick’s prides themselves on a culture that focuses on constant improvement. With Compeat, managers don’t worry about numbers being inaccurate. They have more time to analyze their inventory and proactively discover new ways to improve. Nick Sarillo adds, “It is nice knowing that Compeat can grow with us, no matter how big we get.” How to Write a Restaurant Employee Handbook 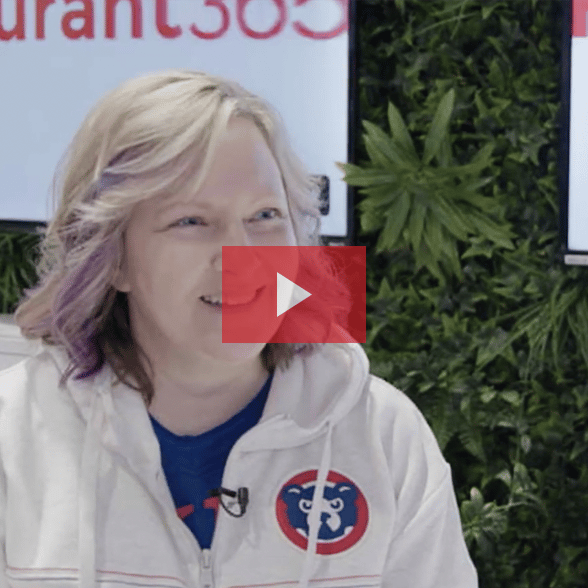